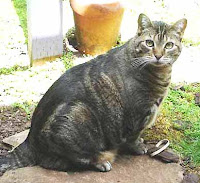 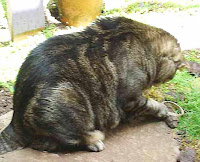 Oh sweet Pippen! I love that she loved rubber bands so much! None of my kitties have ever paid any mind to them, but a previous kitty – Coise – like milk carton rings. His toy of choice 🙂 They each have their own amazing personalities. Sending a hug your way as you remember Pippen today.

Thank so much you, Tammy. By the way, one of my kitties likes those milk carton rings, too!