Home → News → The Latest → Walt Disney, Snow White and Me 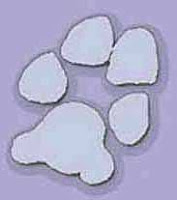 Returning home from a wondrous journey can be a little bittersweet.

Being back on familiar ground feels comforting, but the magical places you visited keep beckoning to you, calling out in dreams, asking you to come back.

That’s how I’m feeling, now that I’ve completed the artwork for my new book, Forever Paws.

Never have I been so joyously lost in another world as I was when I painted these illustrations. They are unlike anything I’ve ever done before.

I painted every day, often for 10 – 12 hours a day. People thought I had fallen off the face of the earth. In fact, I had…and had landed in another place and time where I felt welcomed and supported, creative and deeply loved. 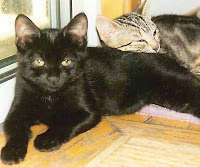 To say that last year’s loss of my two beloved cats, Dickens and Pippen, inspired this book would not be quite accurate. I believe the kitties left deliberately so I WOULD write this book.

Dickens was the first to depart, leaving me with no warning in July 2010. The thought of a new book played on the edges of my mind, but I was swimming in grief, unable to think clearly about my writing.

Then, just to be sure I’d received the message, I suspect Dickens asked his sister, Pippen, to join him in those starry skies, and off she went in December. So this book was born entirely because of Dickens and Pippen flapping their angel wings so loudly I couldn’t ignore them…not that I wanted to. 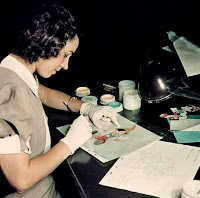 I saw an article by Patricia Zohn in the March 2010 issue of Vanity Fair. It’s about the people who worked around the clock in 1937 to bring Disney’s first animated feature, Snow White and the Seven Dwarfs, to the screen by Christmas.

Rae Medby, one of the “inkers” (and the author’s aunt) wrote, “I’ll be so thankful when Snow White is finished and I can live like a human being once again.”

These words came after she had worked 85 hours in one week on the project!

I can understand how she felt. With my artwork complete I now have time to get the oil changed in my car and schedule a long overdue dentist visit.

Note: Forever Paws should be available in November 2011.