Yesterday, the unthinkable happened to me. 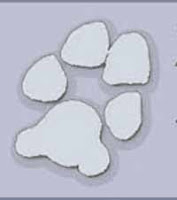 A dog ran out in front of my car on a very busy street. I slammed on my brakes, but the car continued to skid on the wet road. The truck next to me hit the dog, who was thrown back into my lane and I ran over it.

The dog happened to be a Pit Bull. For any of you who believe all the awful things that are said about this breed PLEASE READ ON.

I pulled over and ran back to the dog. Two police officers were already at the scene and on the phone to animal control. There was blood everywhere, and even though the dog was badly injured it was trying to stand up. I was hysterical – I think perhaps I was in shock. I told the dog I was very sorry about what had happened. The only thing I could see in his beautiful eyes was forgiveness.

I asked the officer if there was any way to keep the dog from moving. He glared at me and actually said the words all animal lovers dread hearing – “It’s just a dog!”

I know the officer was concerned about getting attacked, but his complete lack of compassion for the suffering animal was hard to witness.

Then a car stopped, and a man and woman came over to help. I asked them if they had a blanket to cover the dog, thinking it might help to comfort it. The man, William, brought over a yellow baby’s blanket, borrowed from the child inside the car, and ever so gently knelt down and tenderly covered the dog. 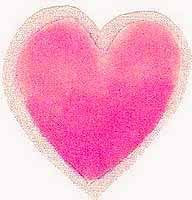 My heart was moved beyond words as I saw the dog look up at William with what I can only describe as love. And then the bloody tail of this broken dog began to wag!

At that moment everything shifted. The police officer, touched by William’s kindness, took out a short leash and attached it to the dog’s collar. He turned to me and said “Look, he’s wagging his tail – he just might make it!”

Animal control took the dog to a local vet, who determined the injuries were so severe there was no choice but to euthanize him. He was brought back to the county to be cremated. I asked the county if they would release him to me so I could take care of his remains, but they refused.

I couldn’t save this dog, but there is one thing I can do…I can give him a name. I have decided to call him Hero, after the dog in my book, The Shelter Dog.

Yesterday, the unthinkable happened. I hit a dog on the road, and my heart broke into a million tiny pieces as I watched a horrifying scene unfold before my eyes. But then a man named William put a yellow baby’s blanket on a dying Pit Bull, and everything changed.

Be at peace, Hero, and know that in your final moments you softened hearts and manifested miracles…all with the wag of your tail.

Please please please write a book about this Chris. So many Pit Bull lovers would appreciate the support for this breed.

Oh boy, that tore my heart out. Dogs are amazing. I am so sorry this happened to you but I am glad you were there.

Christine, of all people this shouldn’t happen to you–but perhaps you are best equipped to handle the emotion and share it, and turn it into something constructive. My thoughts are with you as you work with your grief in this loss, but all the angels came together so I’m sure you can remember that. Little Mr. Mistoffelees and Hero now dance together at the Rainbow Bridge.

Oh-I am so, so sorry for you and this precious creature. He is so fortunate that there was compassion and love in the end. Rest peacefully- and gentle journey, Hero.

Thank you all for your lovely words. I guess I was meant to be there, so I could share the tender story of this special dog. I’ll never forget the love that radiated from his beautiful eyes, even as the life was leaving his body. He will always be in my heart…

I am confused about a few things here.

This has nothing to do with the dog’s breed. Many, many dogs could act the same way. The dog just happen to be a pit bull. I don’t see a difference. I did animal control for several years and worked in shelters. I knew of many dogs who got hit by cars. If you work in an animal emergency clinic, you will see many more. Animals getting hit by cars is more common than you know.

This one is unique because it happened to you. Unfortunately, many, many animals get hit by cars. Some survive, but many don’t.

The reason why the shelter could not release the dog’s body to you is because they need to wait to see if an owner comes by to claim the pet. I am not sure why you would think that just because the dog was running loose, that there wasn’t a person who wanted the dog back.

Jackie, thanks so much for your feedback. You’re absolutely right – this sad situation happens all the time, to all breeds of dogs.

I was very distraught over the fact that MY car hit this poor animal. The police officers were very cold to the dog. I couldn’t help but think of ALL the awful things that are said about Pit Bulls, especially as I watched this gentle boy in front of me.

I wrote about what I personally experienced because, as you said, this happened to me. I will never forget this special dog, and will carry the memories of that day with me for the rest of my life.

Stories as this are so heart breaking. When a pit is involved most people would turn the other way not realizing what the bread truely is! A loving caring dog. I admire you for the compassion you had shown to the dog in its last hour and your concern. If that was my pit bull I would be truely thankful to you. Thank you for sharing!