Life is so precious

Home → News → The Latest → Life is so precious

Life is so precious 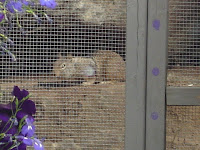 One of my daily treats is watching the ground squirrels run along the rock wall behind my cat enclosure. The squirrels build their homes inside the wall, digging out the dirt and carrying leaves and twigs into the runs.

I’m privileged to watch these playful creatures every year. The other day I was enjoying the youngsters running wildly when one of them fell backwards off the wall. I ran outside and saw the little one on the ground, trying to stand, desperate and terrified. Its head was hanging to the side. 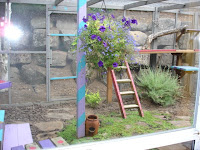 I gathered the squirrel into my cat carrier and raced to my vet’s office. I put the carrier in the front seat next to me, singing the only lullaby I knew – in German. They’re not supposed to take in rodents, but the vets knew the right thing to do was to put this little creature out of its misery, which they did. 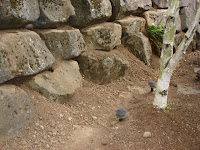 It broke my heart, because this baby squirrel was just playing. It wasn’t taken by a cat or a hawk – it was only playing.

Life is so precious.

Special note to my angel dog, Jake – no chasing the squirrel!

That story is so touching. Remember the column I did about the female squirrel that was named Rocky. I am including it as a reminder for you.

It was called ‘A Nutty Valentine Story’.

This is a true story that happened to a very nice lady named C. Hall.

“In the late summer of 2001, Rocky became a regular visitor to my kitchen window, and it was a rare day that I did not receive the pleasure of her company. She would sit quietly waiting for me to bring her nuts while the other squirrels ran up and down the trees. Sometimes, when I failed to notice she was around, she would bang on the screen to get my attention. She was never in a hurry to leave, and it seemed that she enjoyed my company as much as I enjoyed being with her.”

“A couple of times, Rocky would completely disappear for a few weeks, and of course, I would worry that something bad had happened to her, but she would eventually return after giving birth to a litter of baby squirrels.”

“Then one day, about a year and a half later, a remarkable thing happened. Although I had heard Rocky squabbling with other squirrels in the trees, she had never ‘talked’ directly to me. This particular day, she looked straight in my eyes and spoke to me in a soft little voice, almost under her breath. It took me by surprise, and all I could think of to say back was, “I love you too, Rocky.” I had the distinct impression she had said something very specific in her own language, and she wanted me to hear and understand what it was she was trying to tell me. The next day, Rocky was in her usual spot waiting to be fed, but this time she was with another squirrel. This squirrel was a young female whom I understood immediately to be her daughter. The name Susie seemed appropriate for this new young girl.”

“Later that week, Rocky was run over by a car in front of my house. Through my sadness, a realization came to me clear as a bell. I realized that Rocky had said goodbye to me the day she had spoken in that soft little voice. I believe she knew it was time to go. I think she also knew it would be very sad for me, so she made sure I had a friend to take her place – her daughter! My friendship with Susie is coming along, and she comes to visit almost every day, just as Rocky did. Each time I see her, it reminds me of how lucky I am to have a friendship with one of God’s wonderful wild creatures and how much joy a squirrel can bring into my life.”

Kathy, I remember this beautiful story. I wonder if Susie still comes to visit? It’s amazing how close we can get with our outside critters. Each one is so precious…but I know you understand exactly what I’m talking about!