Home → News → The Latest → Comcast—I Can Help You

Comcast is not having a good week. The recording of one of their reps refusing to cancel a customer’s cable service has spread like wildfire. Apologies are being made, but are they too late?

Maybe I can lift your spirits, Comcast.

On March 29, 2014 I sent a heartfelt letter to Brian Roberts, Chairman and CEO of Comcast, thanking the company for inadvertently sending me on the odyssey of a lifetime. It was the high cost of my cable bill, relative to the small amount of time I had to watch television, that led me to grab my remote control in an effort to find a show that would captivate me. 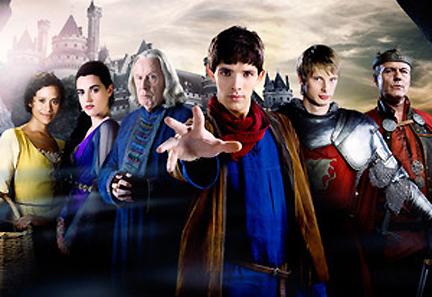 I found that show—Merlin—on BBC America and recorded the first twenty-six episodes. It would be a scene in Episode 21 that would leave me screaming in my room, rattling the posts on my canopy bed, and ultimately collapsed on the floor. That moment on July 1, 2012 would release decades of pent-up rage I’d held from abuse suffered as a child.

Thus began my wild adventure of finding out who I am. Turns out I’m a stubborn New Yorker, with a wicked sense of humor, who would be led to leave the world of writing books for animal lovers to pen a new book, Breathing Fire, about the unimaginable joy that was waiting for me— just beyond my rage. A copy of my book accompanied my letter to Mr. Roberts. I poured out my gratitude to him, ending with these words:

I will always be profoundly grateful to Comcast. Your company changed everything about my life and, together, I think we’ll be able to help others who have walked this heartbreaking path.

Mr. Roberts, from the bottom of my no-longer-broken heart, thank you.

It’s not that I expected to hear from him, but somewhere in my heart of hearts I always thought maybe, someday, I might. I doubted he had ever found anything in his in-basket quite like my correspondence. But my letter went unanswered.

So, here is what I’d like to say to Brian Roberts. If this new publicity nightmare leaves you running for the nearest ledge please remember that two years ago Comcast precipitated an event so miraculous it literally altered me on a cellular level. I am sharing my journey with others who, like me, may have forgotten how mighty they are.

If you want to talk, I’m here for you.