Home → News → The Latest → The Story of The Red Thread 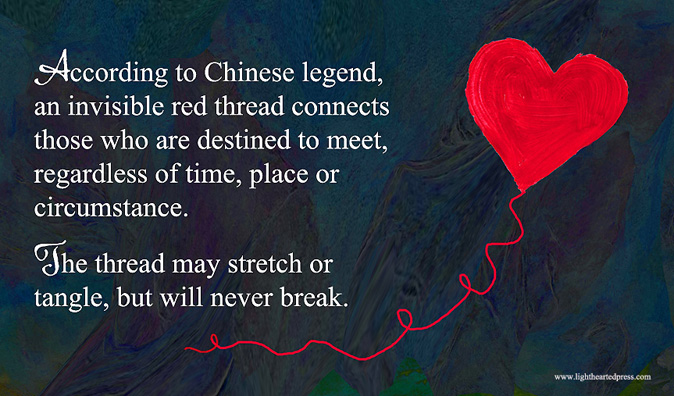 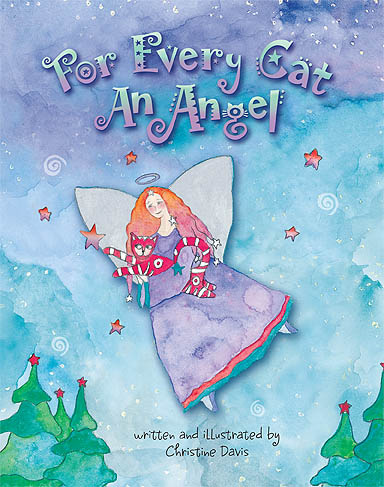 I wholeheartedly agree with you on this! If only everyone would be tuned in and observant of these special connections. I look for them everywhere and it truly is amazing! Happy New Year, Chris!

I agree, Maria. Those red threads ARE amazing, even when they connect us to someone who may have come into our life to help us face something difficult!

Chris, this graphic is purrfection and the post is synchronicity in action. The more aware we are of the connections, we more they happen. Wishing the finest red threads in 2015 for you!

Thank you, Layla – I’m glad a red thread connected us!

It sure did connect us!

I just rediscovered this book today which was given to me in 2007 :). And, here I am reading your blog and find it so uncanny that you make mention of Merlin. I also discovered the show by accident on Netflix several years ago. Never has a show impacted me as much as it did and continues to do so. It was a brilliant creation!

Debbie, how wonderful that we’re meeting here today! If you feel like sharing, I’d love to hear how Merlin impacted you.

Hi Chris! Tiger Lily’s (my forever cat) mom here. Sorry to just now be posting this but the past 7 months have been daunting. I have to share with you how Spirit/God has used you once again to help me through a great loss. My best friend since the first day of Kindergarten died tragically at the end of December. She was in an accident and being kept alive by machines. I went to the hospital on December 28th to say goodbye to her. When I came home and saw your post, I knew it was a sign from her. You see, she adopted a little girl from China in 2010. The Story of The Red Thread was a favorite of hers as she felt it applied to her daughter and self. She had a picture hanging in her house that depicted the Red Thread. What better way to give me a sign than by having my favorite author whose book got me through Tiger Lily’s death post something she believed in and that certainly applies to her death?! Thank you.

Shannon, I’m so sorry to hear about the loss of your close friend. Somehow losses that occur during the holidays seem to find a deeper place in our heart, don’t they? Your story about finding my post on the day you said goodbye gave me goose bumps—perhaps it was your friend who sent the idea to me! However it happened, I’m happy it brought you comfort during a painful time. It’s interesting you shared this so many months after it happened, for your words arrived on a day when they had great meaning to me. For that, I thank YOU. xoxo Chris

My dear Chris,
I believe there are no coincidences.
❤️xoxoxo

Yes, no coincidences my friend!