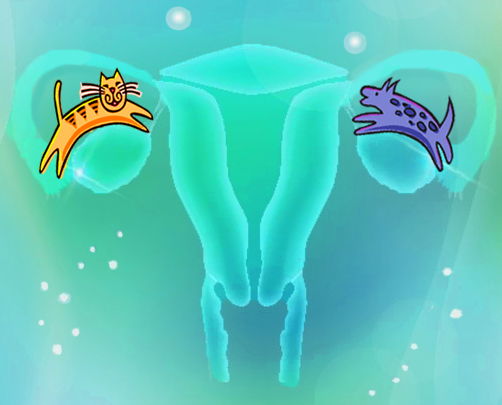 Part One: The Invitation

Cancer. I knew that word. I’d lost my beloved sibling kitties Dickens, Pippen and Star to the same cancer a few years earlier. The word “oncologist” always had the word “veterinary” before it.

But when I woke up in a pool of blood on July 5, 2015 I knew something was very wrong. I wouldn’t be consulting with a veterinarian. I waited four days before calling my gynecologist. Surely she’d boil up some magical hormonal concoction in her cauldron which I’d drink in a crystal goblet encircled by a silver dragon. That would solve my problem. That’s what I hoped she’d say. Instead, she told me to come in for a biopsy.

Why did I have to deal with this NOW? I’d just learned something extraordinary about the exquisite journey I’d been on after watching the BBC television show Merlin three years earlier. I finally had an explanation for why the excruciating back pain I’d lived with most of my life had stopped after watching Arthur of Camelot battle his father with a sword. That’s what I wanted to focus on.

I placed the word “biopsy” way out on the far end of my consciousness where the earth meets the starry skies. It could linger at the edge of the cosmos until I didn’t need it in my personal dictionary anymore. Then it would dissipate into nothingness. Thankfully, the biopsy was normal. The ultrasound that followed, however, was not. According to my doctor it was concerning. I would need to have blood drawn for a CA 125 test which would measure the amount of the CA 125 protein, a potential indicator of ovarian cancer.

It was at this point I became scared. The night before going in for the test I brought my sword, Clarity, and my huge stuffed dragon, Wink Howard, to bed with me. I placed Clarity across my belly, asking her to cut away anything that didn’t belong in there as I had asked her to do many times over the years for others who needed my prayers. I held Wink tightly in my arms and cried like a child, my cheek nuzzling his fangs.

The next morning I parked myself in the phlebotomist’s chair and watched as Jessica pulled the blood out of my vein. “Could you please do me a favor, Jessica?” I asked. “Could you please send up a prayer that this blood test will be normal?” I looked into her angelic face as tears ran like a river from my eyes. She sealed the vial of blood and wrapped my arm in the dragon bandage, which was really decorated with dinosaurs but I called them dragons. “We can pray together,” she said, as she put her arms around me. 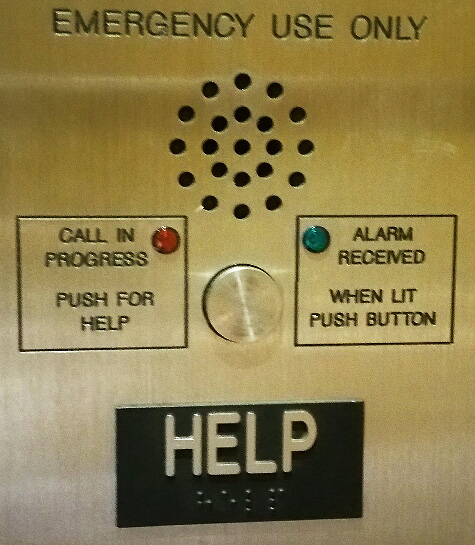 I stumbled to the elevator and stood in the dim light. Something on the wall called to me. It was a button, with the word HELP below it. I’d been dealing with this health problem for three weeks but hadn’t told anyone.

I didn’t want to tell people about this. That would make it real.

This was MY problem. I’d deal with it myself.

The button suddenly separated itself from the panel and flew through the air, stopping an inch from my face.

The button was right. I DID need help. I couldn’t contain this by myself any longer. I called the one friend I could count on to open her compassionate heart to me. She listened to my story and helped me find my focus. I was still facing a dark specter but suddenly I wasn’t alone.

One week later I was back in that same elevator, holding the door open with my foot as I tried to photograph the button. A construction worker entered and he held the door for me.

“What were you taking a picture of?” he asked.

“The help button,” I told him. “Last week that button was very important to me.”

“It said you needed to ask for help, didn’t it?”

How did he know?

I remember when you guided me through Angel’s mammary cancer with your book For Every Cat An Angel. Your kindness and words were very comforting. I keep your books easily accessible as needed.

As every friend reads your FB or blog will add you to their prayer list and support you in your journey. You have our love and the love of your animals that remain in your heart and books. Molly is family and will be by your side to hold your person. Even though cats are known to be self reliant she will come to you when tears well in your eyes.

Thank you for sharing your journey with us. You don’t need to go through this alone. dianne

Dianne, thank you so much for your beautiful words! I believe in the power of prayer and can feel all the good wishes and love from my Facebook friends. Molly has been a guiding light—she has powerful mother energy and takes good care of me! Thank you, again, for keeping me in your prayers. xoxo Chris

CHRIS
I must echo Dianne in saying thank you for sharing your journey with us. You definitely do not need to go through this alone. I am adding my prayers to the many others that are being lifted up on your behalf. Keep your faith as it will hold you when it seems nothing else will. Molly will know when you need her the most and she will be ever by your side nuzzling you with love and purring you with comfort. Your friends who know or at least care so deeply that this is a scary journey for you, are hopefully ready, willing, and able to give you the physical and/or emotional support you need. Please count me as one of those people. Just know that during this agonizing time of further testing and waiting that I am wrapping you in love. Sue

Sue, it seems I need to relearn that message of not needing to go through difficulties alone – a leftover belief from my crazy childhood! Molly has been a purring angel to me during this time. Critters just know when you need them, don’t they? Thank you for keeping me in your prayers, sweetie!!