Home → News → The Latest → Cancer: Coming Through the Fire 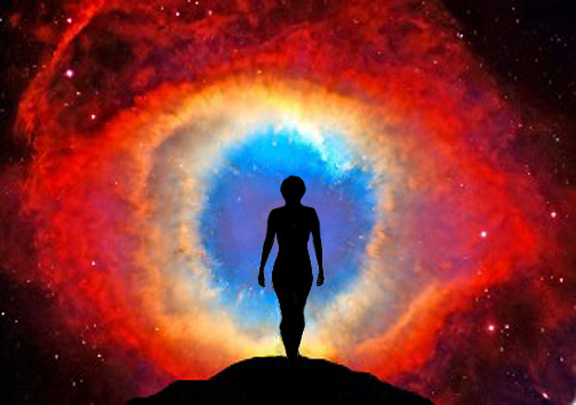 It is the shape that most touches my soul. There are spirals in my books. I wear a spiral pendant around my neck. When I designed my sword the pommel (handle) had to be in the shape of a spiral.  Above is a photo of the Helix Nebula, which sits in the constellation Aquarius—my sign of the Zodiac. This nebula has great meaning for me. A helix is a spiral.

My journey with “possible ovarian cancer” has been like walking a spiral path to a place I’ve never visited before. I traveled inward, reaching reproductive organs I’d never given a second thought to. I never had cramps, children or fertility testing. Everything in my pelvis has always worked JUST FINE THANK YOU VERY MUCH! So we pretty much ignored each other.

That all changed two months ago when a sleeping dragon awoke, breathing flames so fierce I felt terror I hadn’t experienced since I was a child. My long-time gynecologist was joined by an oncologist and endocrinologist—the ologists. For two weeks I lived as if I was dying. I tried to accept the fact that I’d write no more books. I wondered if my old cat, Molly, would outlive me. I looked wistfully at the hanging flower baskets, knowing it was possible I wouldn’t be around next summer to bring more petunias home. I surrendered to the thought that my days might be numbered.

I underwent tests that could change my life and learned those tests can be interpreted in different ways depending upon intention. The results were fed into a program that determined there was a 5% chance my ovarian cysts could be cancerous. Without opening me up on an operating table and doing an actual biopsy there is no way to know for sure. So my three ologists decided the only logical answer was for me to have a total hysterectomy.

To be fair, the oncologist did say it would not be unreasonable to postpone surgery as long as I continued coming in for testing. He also said if I was his wife or family member he would advise surgery. Now I understood why hysterectomies are the most-performed surgery on women—600,000 per year in the United States. The pressure to go the surgical route is daunting. 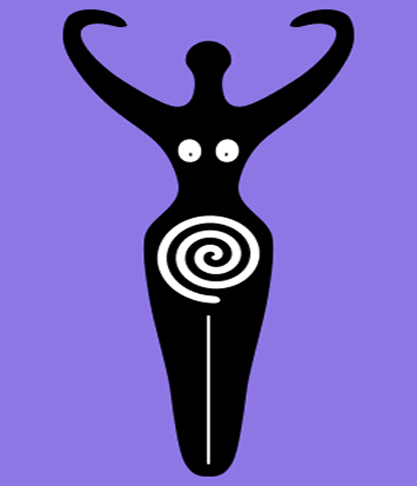 However, I came prepared. I showed them the tests that determined cysts like mine are rarely cancerous. I quoted the large study that showed heart disease, which is rampant in my mother’s family, occurs at a much higher rate in women who’ve had their ovaries removed. Heart disease is the largest killer of women.

Then I hit the point that scared me the most – my Achilles heel, also known as my lower spine. Removing all those pelvic organs would mean cutting ligaments in the body’s core, right at my weakest point. I’d had two spine surgeries and hundreds of physical therapy visits over 20 years. I’d already traveled the road of unending, gut-wrenching back pain. I had no intention of going back there again.

The ologists held their ground. They could not see the big picture. They didn’t view me as a whole being of which my reproductive system was a part. They didn’t seem to understand that each patient who stands before them brings a unique recipe of personality, sensitivity, history, family, support system, finances, occupation, risk tolerance, joys, fears, passions, hopes and dreams. What might be critical for one person might be less important, or even meaningless, to another.

“Don’t you understand we’re talking about cancer?” said one of the ologists.

“Don’t you understand we’re talking about MY LIFE!!” I replied. It wasn’t a question.

I knew what I was bumping into. I had no doubt these good doctors work every day with women who will do ANYTHING to rid their bodies of cancer. They will do whatever it takes to have just one more month with their partners. They’ll do whatever is required to keep their broken uterus long enough to bear a child. They will walk through the fires of hell to keep on living.

What the ologists couldn’t seem to grasp was that I’d already walked through the fires of hell—sexual abuse at the hands of my father that lasted for much of my childhood. I’d spent twenty years in an abusive marriage with a good man who was as broken as I was. I’d lived for over thirty years with spinal pain so excruciating a different person might have chosen to end their life. I didn’t know then what I know now—my brain had created much of that spinal pain as a distraction from the horror of my childhood and the resulting belief that I was worthless. Brains do that, you know. 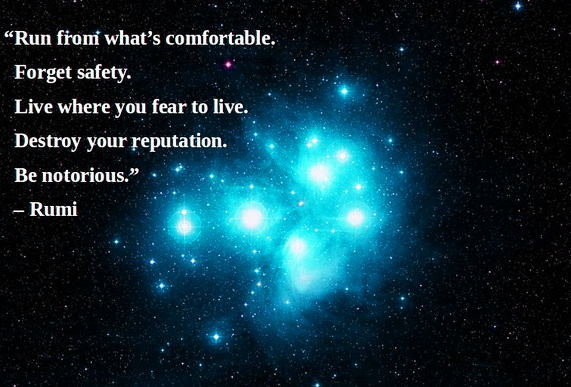 And then, out of nowhere, an actor on a television show removed my blinders and lifted me from the darkness. He did what a lifetime of doctors, counselors, physical therapists and other specialists had not been able to do. In one miraculous moment he healed my broken spirit and gave my body back to me. To me! It didn’t belong to anyone from my childhood any more. It was now under MY protection. I didn’t have all the answers but one thing I DID know was I sure as hell would NOT be turning this precious body over to people who didn’t understand I was more than my reproductive organs. Much more. I would hold my sword over my belly and defend it with my life.

There are worse things than death and I’ve already walked that path. I’ve decided to roll the dice on the 5% chance of cancer and live with my choice. I will continue all the recommended testing. If cancer takes up residency inside me I’ll do what I can surgically and then say what the hell. I’ll eat as much peanut butter as I can while trying to find out if a person can actually be buried in a vat of macaroni and cheese. Then I’ll spend my final moments laughing at the wonder of it all and leave this life joyfully as I head off to my next great adventure.

The time to laugh at the wonder of it all is now. 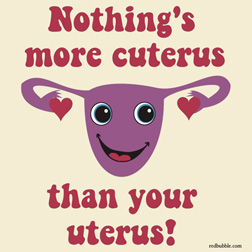 Love from me, Molly and the pelvic gang,

Okay! Now’s the time —- enough is ENUFF (as Piglet, I think, would say!) You’ve had enough and I end it NOW! Me, mine and ours – we (you and the docs and your ultra-intelligent self) are going to nip this critter in the bud. Thanks for the update, my Sweet – the more news, the better – nicely written, I might add. (No surprise)

Thank you, Deb! Anyone who can quote Piglet is indeed a dear friend to me.

Chris
Well said. I have always said we each know our own body better than anyone else can, including doctors. I applaud and support your spirit and decision. You have thought this through well and your decision is certainly not an uninformed one. I will continue to pray for you and send daily positive thoughts your way. Stay strong and carry on, dear friend. Sue Janson

Thank you, Sue, for your beautiful heart, your understanding and your prayers. Here’s to carrying on!