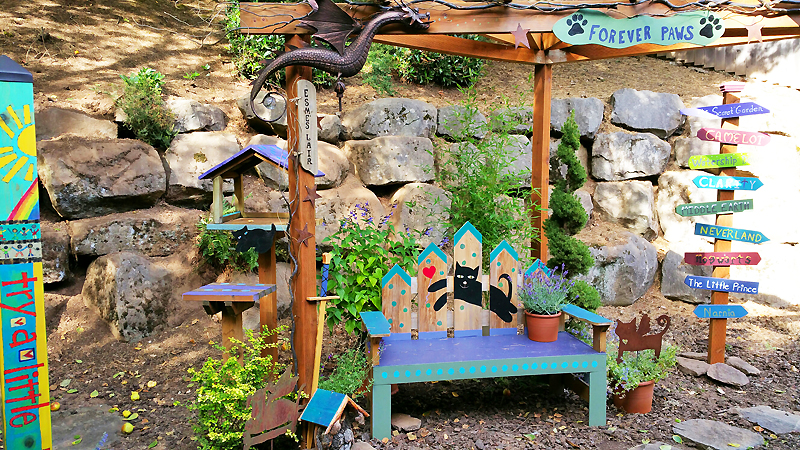 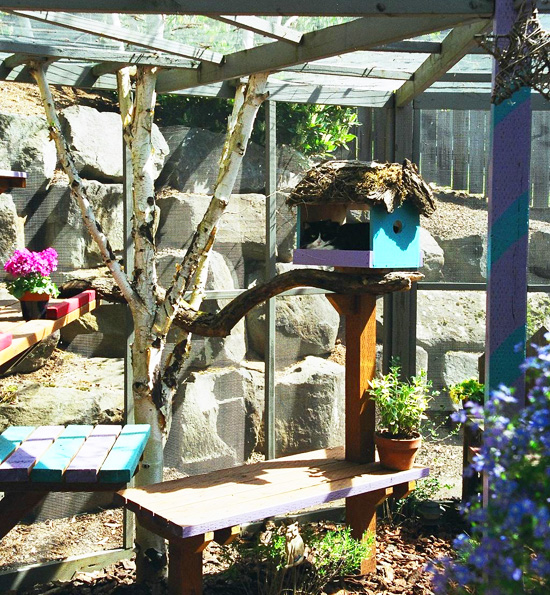 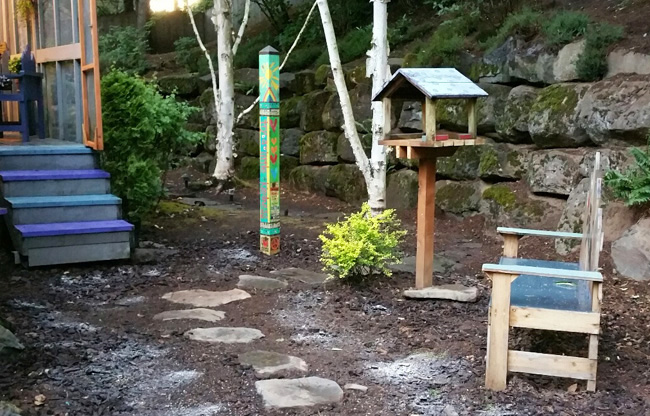 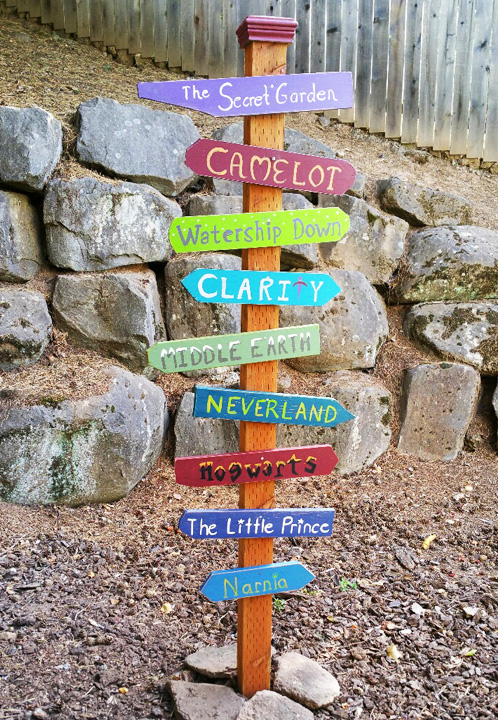 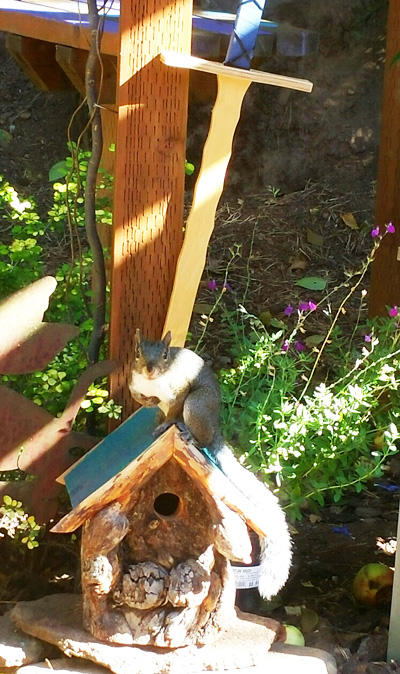 What a great tribute to your furry, furrever friends, Chris! I really enjoyed reading this and it brings wet eyes and a smile! And, I love that bench!!

Thank you so much, Sally! Seeing this garden each day brings me peace.

Aww! Your garden is wonderous. The ashes springing new life. The colours are vibrant. Just incredible. It must be a delight to sit in this peace of heaven on earth. Bless you dear Christine and your journey through life. Love Josephine, Marion Gordon

Josephine, thank you so much for your lovely words! It truly is my heaven on earth.

Blessings back to you,
Chris

Everything you touch is magical, Chris!!! How do you do it?!

Connie, thank you so much! Creating this garden was a magical journey. I felt all my furry children (and one mighty dragon) with me every step of the way!

Much love and many blessings to you,
Chris

Beautiful! Thanks for sharing your creation and your creative spirit!

Thank you, Mary – I know you understand taking a journey of discovery!

Chris, what an enchanting setting! I can feel the magic.
Bob S.

Bob, I’m so glad you like the magical garden! It was a labor of love and a true joy to create.

Much love to you all,
Chris

Checking why I haven’t gotten blog notifications and wow, I needed to see this. Pure magic. I’d love a bench with a black cat. Was it hard to do? Freehand or stencil? And the signpost is genius. Sorry, I will copy this for the Merlin Memorial Garden. If you have any close-ups of the bench or other cat art, let me know. xoxoxox

I’m not getting my blog notifications either – not sure why! So glad you like the magic garden, Layla. I had the plain wooden bench made to my specifications and then painted the artwork on by hand – no stencil. The signpost was so much fun to make. It’s my little secret magic garden!

Hallo Christine,
I write from South Africa. I have lost my FOREVER DOG last year and it is still very sad for me. I have been to Canada last year after her passing – KIMBA was her Name, a Little ShiTzu – and I found a bookshop on Vancouver Island with your MAGICAL BOOK ‘FOR EVERY DOG AN ANGEL’….Thank you for thinking and Feeling and writing the way you do. It is the most beautiful Book I have ever read in my life, and I am 70 years old.
I was so inspired with your magical Garden for your Cat, and I will do the same for my Little Kimba. Thank you so much…Keep on writing and inspiring People ***

Please forgive this late reply to your message. I’m so very sorry to hear about the loss of your beloved Forever Dog, Kimba. I can feel how deeply she was loved by you. I’m honored to know For Every Dog An Angel brought you some comfort. If you ever feel like sharing the pictures of your magical garden I would be honored to see them. I’m sending love and big hugs to you across the miles. Thank you so much for getting touch.