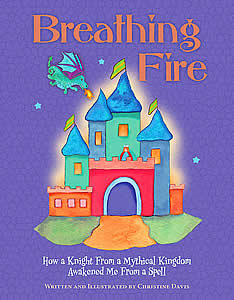 In Breathing Fire, author Christine Davis tells of her unexpected freedom from a lifetime of heartbreak and hidden rage as a result of abuse she endured as a child. It began as a book for others who had been victimized as children, but quickly transformed into a magical story book with the author’s whimsical artwork scattered among the pages. The background behind the text resembles old parchment. A map in the front of the book gives readers a peek into the world they are about to enter.

With courage, grace, and a large dose of humor, Chris reveals her journey that begins in the mythical kingdom of Camelot and includes fire-breathing dragons, a mystical brain, and—of course—a knight who awakens her from a spell.

And every word is true.

Note: Breathing Fire is available as an eBook from Amazon.com and barnesandnoble.com.

* Each book is autographed by the author!
Send as a gift for no additional charge. Find out more here. 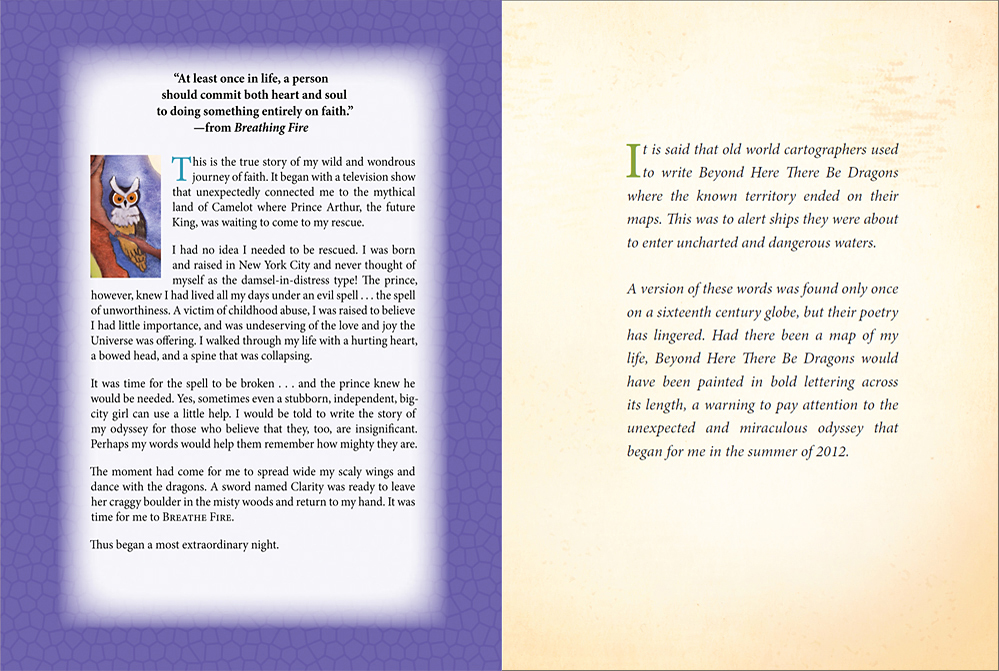 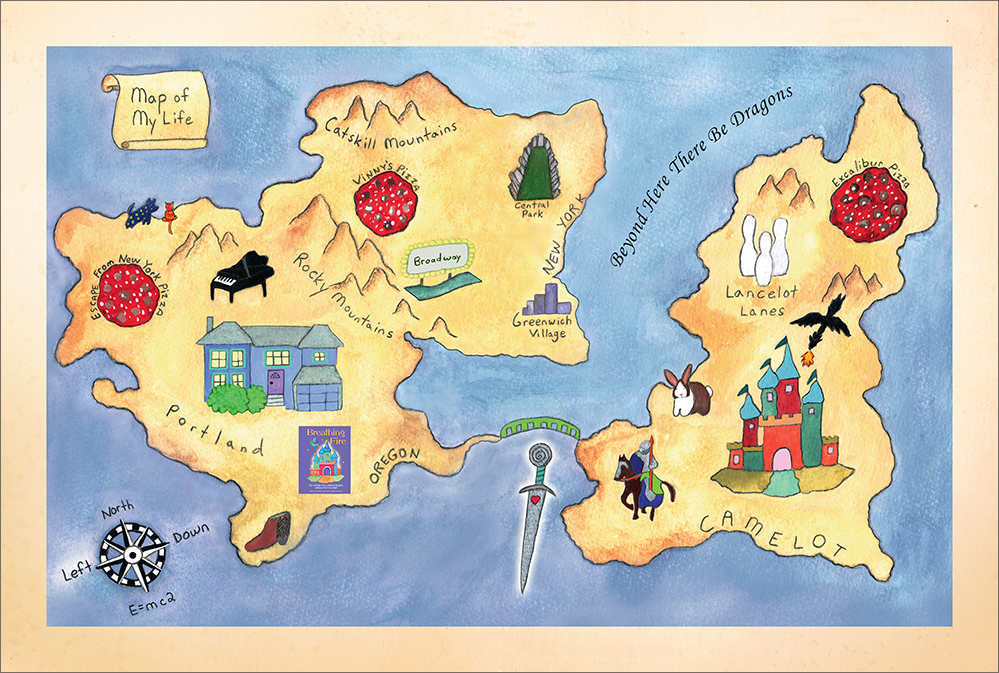 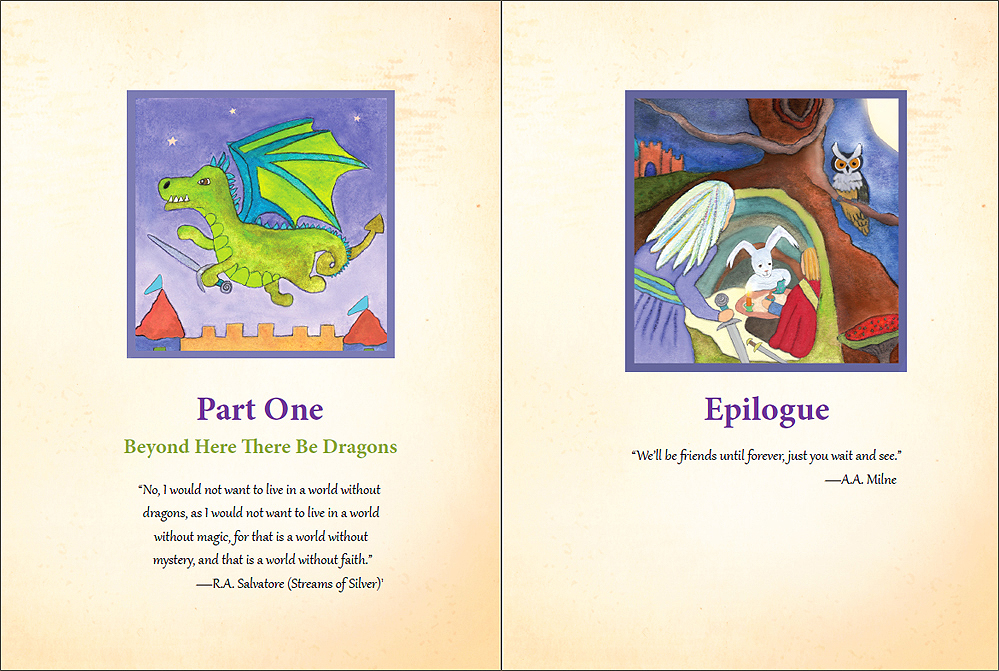 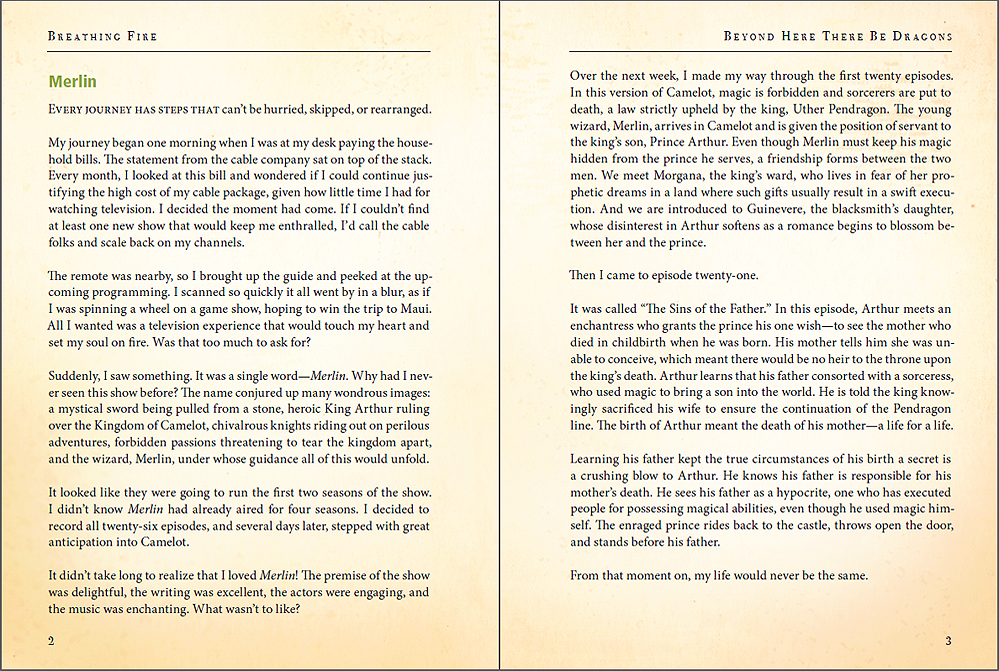 “I probably shouldn’t have been surprised,” said author Christine Davis, “when I found myself writing a book called Breathing Fire. I’ve always loved dragons and found a way to put one in my book, Forever Paws, for those who are grieving an animal companion. Little did I know that a year later I would come face-to-face with the dragons from my past. By the time my journey was over I would no longer fear those dragons, for I had become dragon . . . and I could breathe fire!”

In the summer of 2012, author Christine Davis found herself unexpectedly catapulted down a road that would not only change her future, it would heal her past. Left with a lifetime of hidden sorrow and repressed anger from childhood sexual abuse, Chris was shocked to find all those unresolved feelings explode into the light after watching a scene from the BBC television show Merlin.

She saw Arthur, the future king of Camelot, unleash his rage at the father who had betrayed him. Chris found herself screaming and sobbing in front of the TV, digging her nails into the palms of her hands. She shook the post on her canopy bed so violently the top rails fell off. In her mind the character on the screen was raging on her behalf to her father. When Arthur disarmed his father and held him at sword point he became the one thing Chris had desperately needed since she was a little girl—a champion. Having someone fight on her behalf restored the self-worth that had been taken from her in childhood. Chris was finally able to release all the pent-up fury that had lived inside her soul.

From that moment on, the author’s life was transformed. She sensed her brain had been rewired. The fear that lived inside her was replaced by courage. Years of debilitating spinal pain instantly vanished. Her eating habits completely changed, which led to the loss of thirty pounds in three months. Her joyful inner child returned, offering Chris the chance to feel like a complete person for the first time in her life.

Most remarkable of all, the sword that had been calling to her over the decades was finally manifested. Chris designed a magical sword, which was made for her by a local blacksmith. She named her sword Clarity.

“I knew I was meant to write the story of my odyssey for those who, like me, have lived under the spell of unworthiness. It is time to remember how magnificent you truly are!” 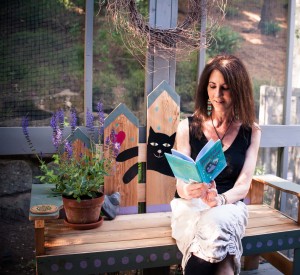 “When the universe sends you a miracle, and then asks you to surrender to the journey that is about to unfold, you have two choices. You can politely say thanks-but no-thanks, or you can commit your heart and soul to doing something entirely on faith. Breathing Fire is the story of my journey of faith. I offer this book for those of you who believe that miracles happen every day . . . and for those of you who are not quite certain.”